When Will Cinderella Leave the Ball? Why Value Investing Works

In the annual letter to Berkshire Hathaway shareholders in early 2000, Warren Buffett attempted to remind everyone why value investing works, despite the financial euphoria all around us. We will revisit and draw insights from this valuable lesson in order to remind investors that the price you pay matters at a time eerily similar to early 2000. In every cycle, a certain arrogance surrounds the most exciting growth and technology businesses. In 1929, it was RCA and the advent of the radio business. In the early 1970s, it was the Nifty Fifty. In 1980-1981, it was the oil industry. In 2007, it was the housing market and financials. And today, it is the FAANG/growth stocks.

Market commentators and investment managers who glibly refer to “growth” and “value” styles as contrasting approaches to investment are displaying their ignorance, not their sophistication. Growth is simply a component, usually a plus, sometimes a minus in the value equation….

Now, speculation — in which the focus is not on what an asset will produce but rather on what the next fellow will pay for it — is neither illegal, immoral nor un-American. But it is not a game in which Charlie and I wish to play. We bring nothing to the party, so why should we expect to take anything home? The line separating investment and speculation, which is never bright and clear, becomes blurred still further when most market participants have recently enjoyed triumphs. Nothing sedates rationality like large doses of effortless money.

After a heady experience of that kind, normally sensible people drift into behavior akin to that of Cinderella at the ball. They know that overstaying the festivities that is, continuing to speculate in companies that have gigantic valuations relative to the cash they are likely to generate in the future will eventually bring on pumpkins and mice. But they nevertheless hate to miss a single minute of what is one helluva party. Therefore, the giddy participants all plan to leave just seconds before midnight. There’s a problem, though: They are dancing in a room in which the clocks have no hands.”

Buffet wrote the above near the top of the market in early 2000, during one of the greatest asset bubbles in history. Now, 20 years since the dot–com bubble, we are seeing several signs of irrational investor behavior based on speculation, not fundamental analysis. 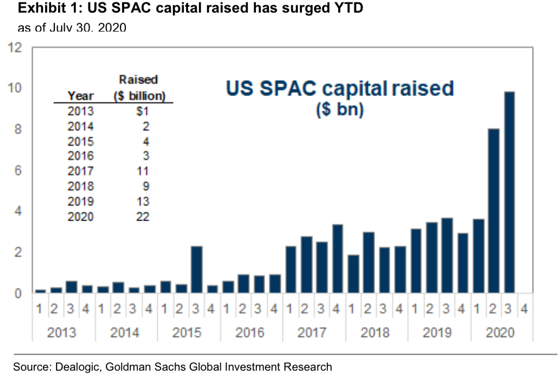 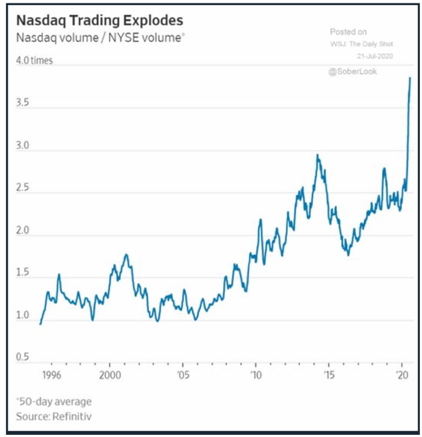 These characteristics are analogous to those of the market in the late 1990’s. History is rhyming but the present has not been written yet.  We have no idea when or what will be the trigger—but we believe it won’t end well.

Howard Marks, in his latest book, Mastering the Market Cycle, reminds investors to try to identify what stage of the market cycle we are in by looking at things other than the simple relationship between price and underlying value of an asset. Marks challenges investors to ask themselves these questions:

Today, the COVID-19 pandemic has the world largely shutdown. The most recent report on GDP showed the largest singular quarterly decline since before 1950—worse than during the Great Depression and the Great Financial Crisis. Unemployment in the US is the highest since the Great Depression.

There is a huge amount of good news about the future built into current U.S. stock market prices. Much of this good news is based on the unknowns surrounding a vaccine for COVID-19 and the full reopening of the global economy. The country is restless, frustrated and confused about the disconnect between the economic realities and asset prices. Bonds, gold and stocks are all rallying at the same time. Something is amiss.

“Bull markets are born in pessimism, grow on skepticism, mature on optimism and die on euphoria.”
– Sir John Templeton

Now is a time for caution, not speculation.

The opinions expressed here are that of the author and may not reflect the opinions of LVW Advisors.  This information is provided by LVW Advisors for general information and educational purposes based upon publicly available information from sources believed to be reliable – LVW Advisors cannot assure the accuracy or completeness of these materials.  The information presented here is not specific to any individual’s personal circumstances.  To the extent that this material concerns tax matters, it is not intended or written to be used, and cannot be used, by a taxpayer for the purpose of avoiding penalties that may be imposed by law. Each taxpayer should seek independent advice from a tax professional based on his or her individual circumstances.  The information in these materials may change at any time and without notice.  Past performance is not a guarantee of future returns.