In short, we would fade the signal from the yield curve

A recent focus of our research has been the 10y/2y Treasury slope and the 10y/3m Treasury slope. Based on the data we use in our calculations, the latter reached the point of inversion last Friday and this does send a warning signal, given that every U.S. recession over the past 50 years has been preceded by an inverted yield curve.

That said, here are a few observations that make us less worried about the current shape of the yield-curve slope in the U.S.

The amount of time that passes between the onset of a recession after a yield-curve inversion varies considerably from one business cycle to another, and in many cases, this lag is months or longer. 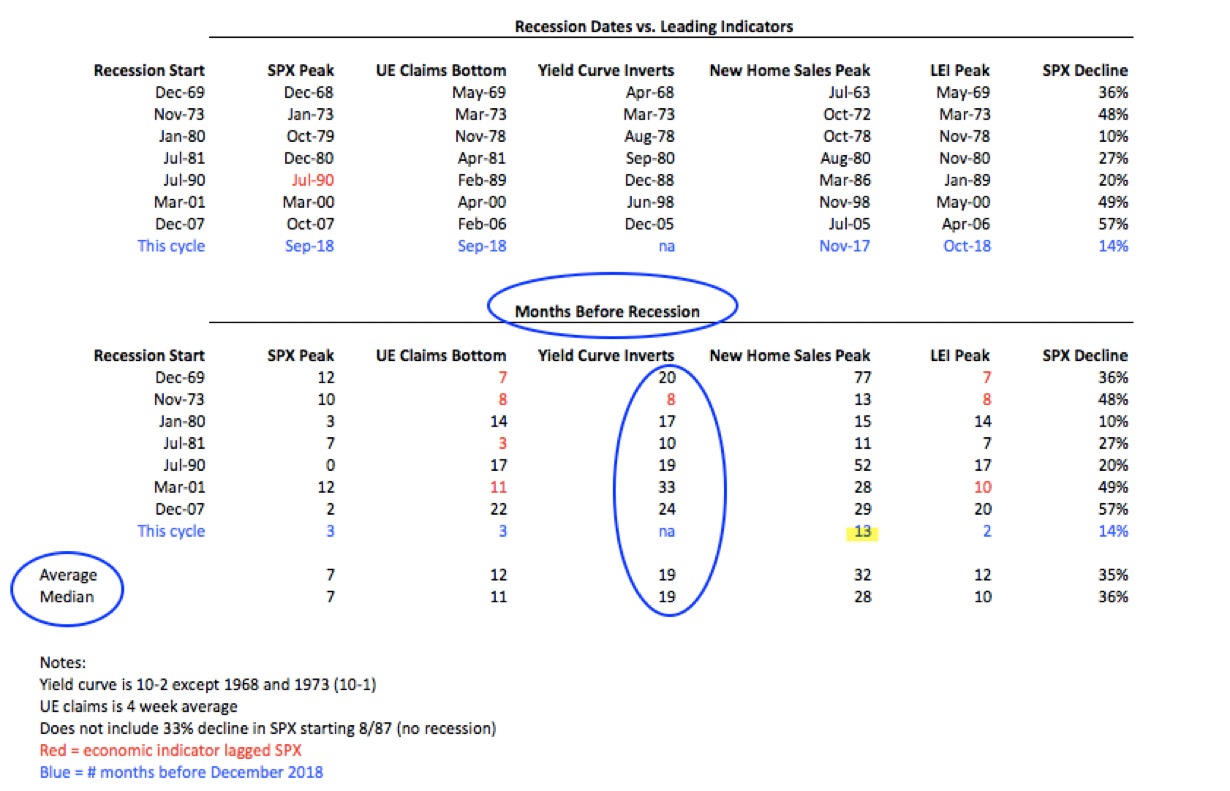 While it is always risky to claim that this time is different, at the moment, we would fade the signal from the yield curve; it is being distorted by the negative term premium. If the term premium were closer to its historic average, the yield curve would be steeper. 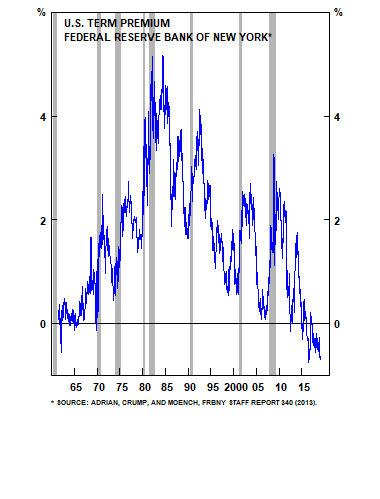 Also, some of the decline in the U.S. 10-year yield reflects a positive development, namely that the Fed has turned more dovish. The 10-year/30-year portion of the yield curve has steepened recently, suggesting that the market is seeing the Fed’s actions as reflationary.

There is no clear mechanism by which an inverted yield curve should cause weaker economic activity, apart from it potentially becoming a self-fulfilling prophecy where the yield-curve inversion would lead to tighter financial conditions, which in turn, would negatively affect growth.

Financial conditions tightened late last year as equities plunged and credit spreads widened. The resulting shock weighed on consumer and business confidence. However, financial conditions have eased since the start of the year, so growth should begin to improve in the coming months. In addition to the drag from tighter financial conditions, the Chinese deleveraging campaign had a negative effect on global growth. We expect Chinese growth and the global economy to stabilize in Q2 of this year, and then recover in the second half.

The reaction function of the Fed has clearly shifted as the FOMC members seem to be increasingly worried about low inflation expectations. Assuming our economic outlook is correct, a more dovish Fed increases the probability that the business cycle will last for longer as the economy is allowed to overheat. In a recent report from BCA Research, they wrote that “broadly speaking, we see the Fed tightening cycle unfolding in two stages. In the first stage, which is the one we are in today, the Fed will raise rates in baby steps in response to better-than-expected growth and falling unemployment. In the second stage, the Fed will hike rates more aggressively as inflation starts to accelerate. Risk assets will be able to digest the first stage, but not the second.”

Overall, beyond the near term, we think that the path of least resistance for equities remains to the upside over a cyclical horizon.

What is the term premium?

Note that, while we usually think of the term premium as being positive–that financial market participants require extra yield to induce them to hold a bond for a longer period of time–there is nothing in the definition of the term premium that requires it to be so. For example, if some purchasers of long-term debt, such as pension funds, are interested in locking in a fixed rate of return for a long period of time, they could be willing to accept a lower yield on long-term securities (a negative term premium) in order to avoid the risks associated with rolling over their investments in a series of shorter-term bonds with uncertain, fluctuating interest rates. Thus, both the sign and the magnitude of the term premium are ultimately empirical questions. 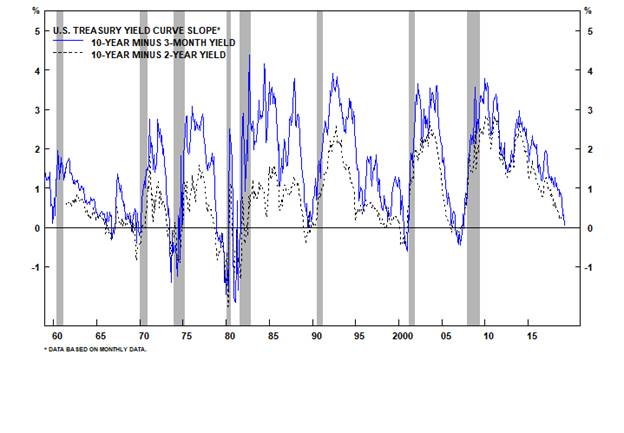