What a difference six months makes. In the most consequential change for financial markets since the start of the year, the U.S. Federal Reserve put the brakes on its three-year-old interest rate tightening effort. The major policy shift in January provided an immediate boost to sentiment, as investors concluded that the central bank will keep rates steady for the rest of the year.

Sentiment shifted further in the past two weeks as trade tensions increased and U.S. economic data softened with weak industrial production numbers, and the May job’s report that not only missed estimates, but revised prior month numbers lower. 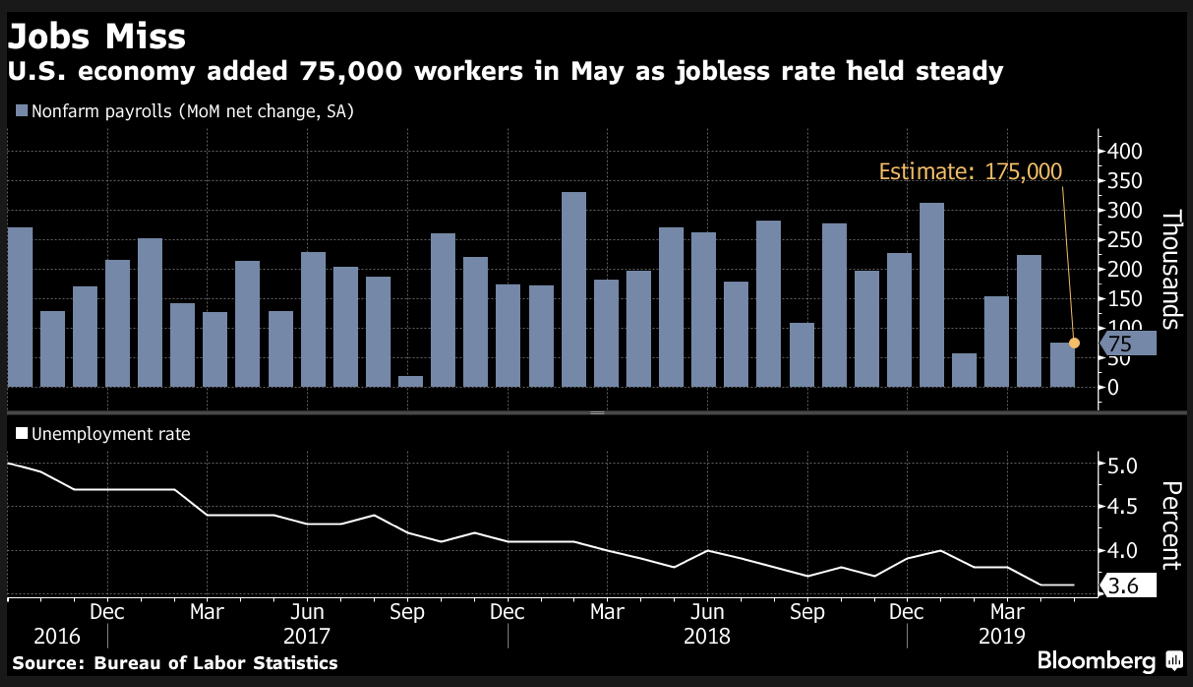 The market is now discounting up to two rate cuts in 2019. A dramatic shift. 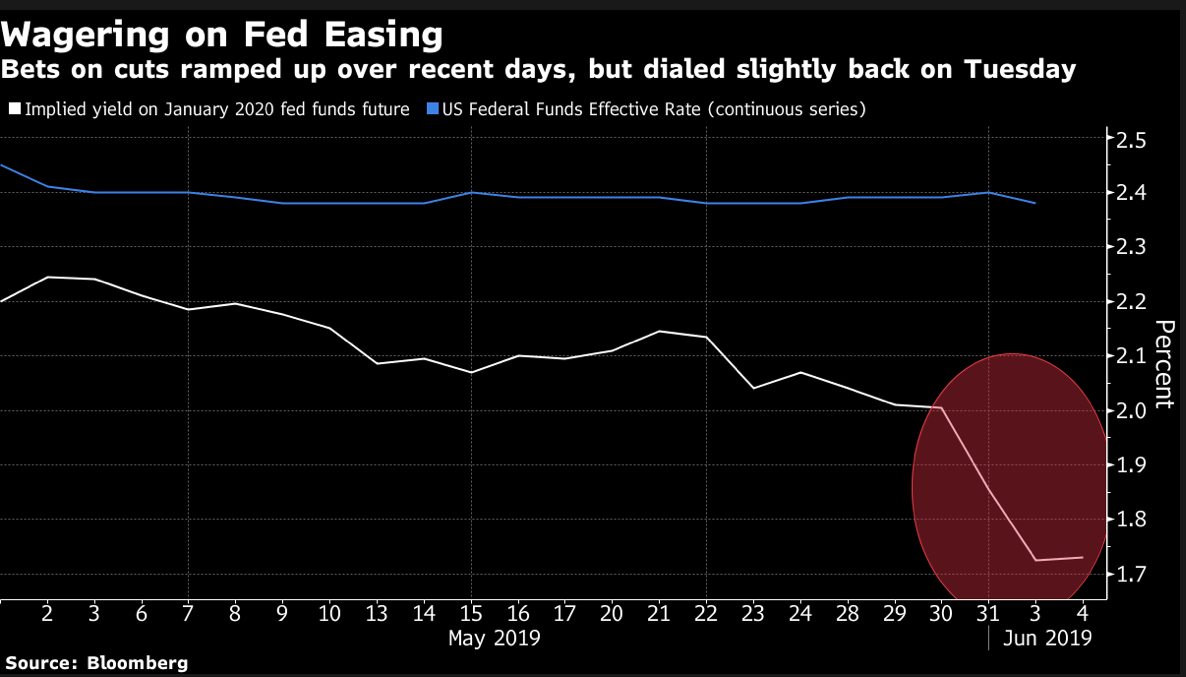 Reacting to the Fed’s dovish tone, stock prices took flight with a powerful rebound that effectively reversed a late-2018 market selloff. A setback in U.S.-China trade talks has tempered equity gains somewhat since, but the Fed pivot and lower-for-longer interest rates are adding extra innings to this economic cycle. The stage has been set for potentially strong stock market returns ahead. At the very least, central banks aren’t expected to get in the way. 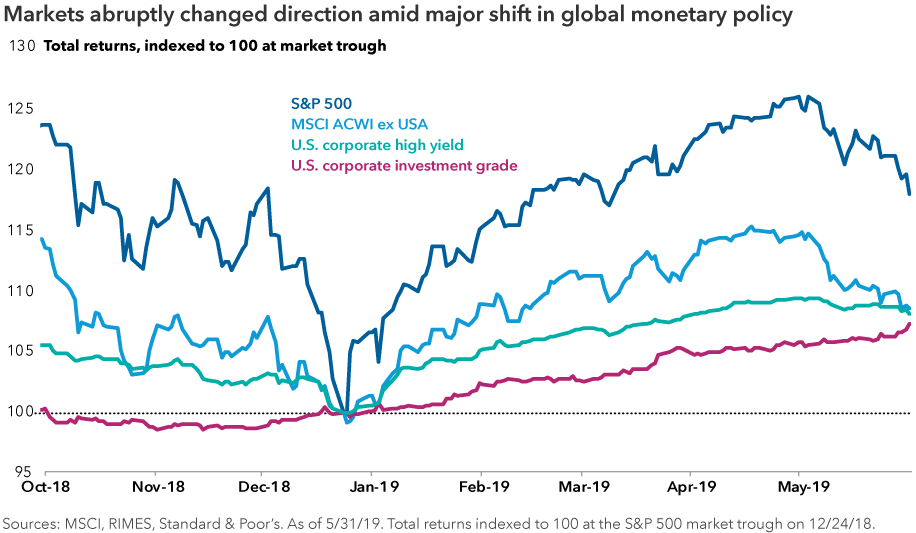 Thanks in part to shifting expectations around Fed policy for the rest of the year, long-term interest rates have come down after drifting higher in the fourth quarter of 2018. This removes a potential headwind to continued growth.

Longer term rates could remain lower for longer even if the Fed resumes its hikes later this year. That’s because slowing external growth, political uncertainty in Europe, low government bond yields abroad, steady demand for U.S. Treasuries and the simmering U.S.-China trade dispute should continue to weigh on long-term rates.

Indeed, markets were rattled throughout May as the U.S. increased tariffs on $200 billion of Chinese goods (including computers, clothing and shoes), China retaliated with its own tariffs shortly thereafter. While the dispute has impacted U.S. exports and the industrial sector, at current levels the tariffs will not likely bring an end to the U.S. expansion. However, the potential for further escalation is rising, and that is a clear risk to growth.

We do expect market volatility to become more pronounced. 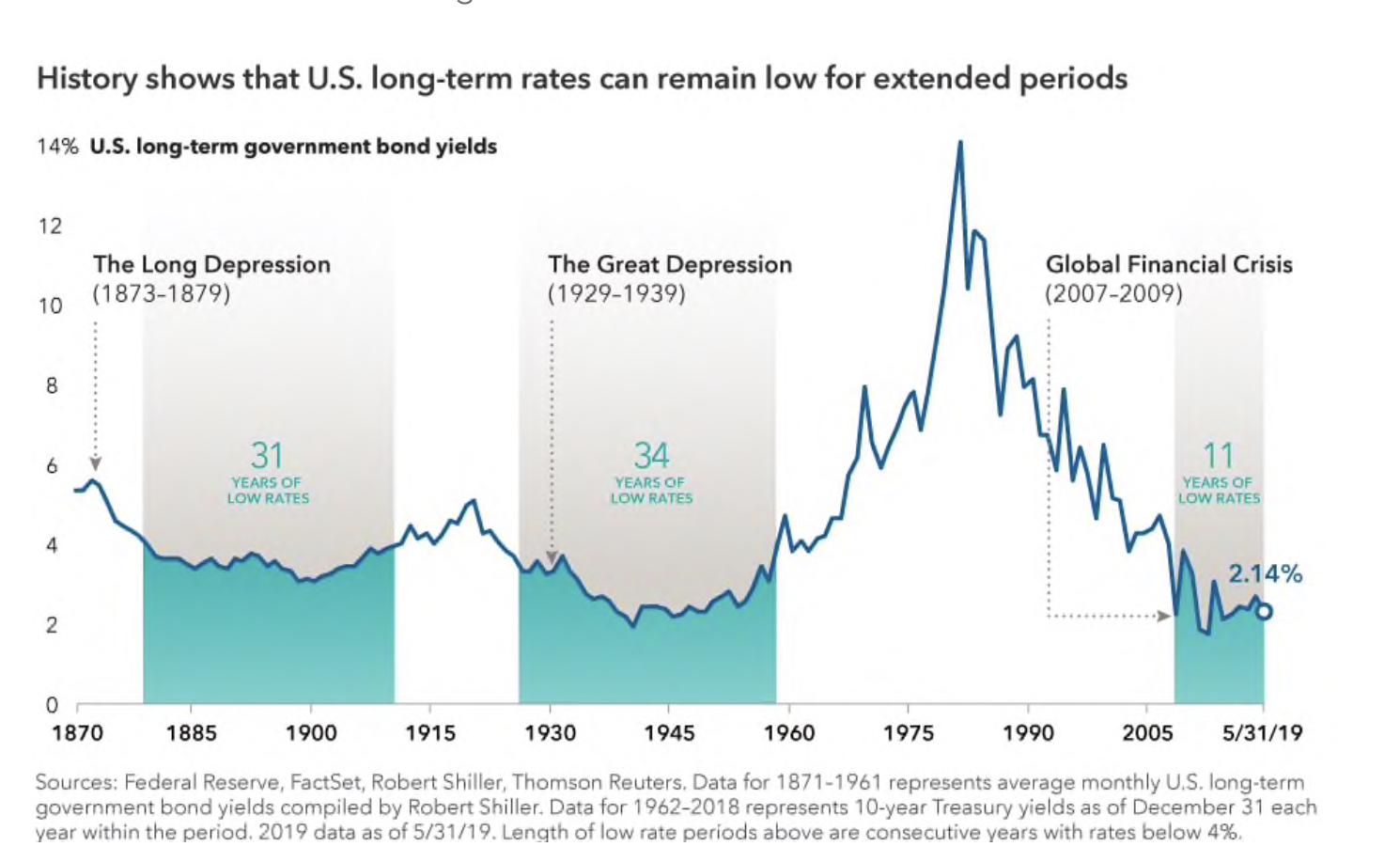 An extended cycle also suggests a longer runway for corporate earnings growth. This could provide support to equity prices despite somewhat elevated valuations. U.S. Equities still have the potential to offer some modest appreciation in 2019.

But make no mistake, after a decade of growth, economic headwinds are strengthening. Whether it’s rising wages or a tight labor market, the economy continues to exhibit late-cycle characteristics. These are likely to become more pronounced, placing increasing stress on companies and the economy. 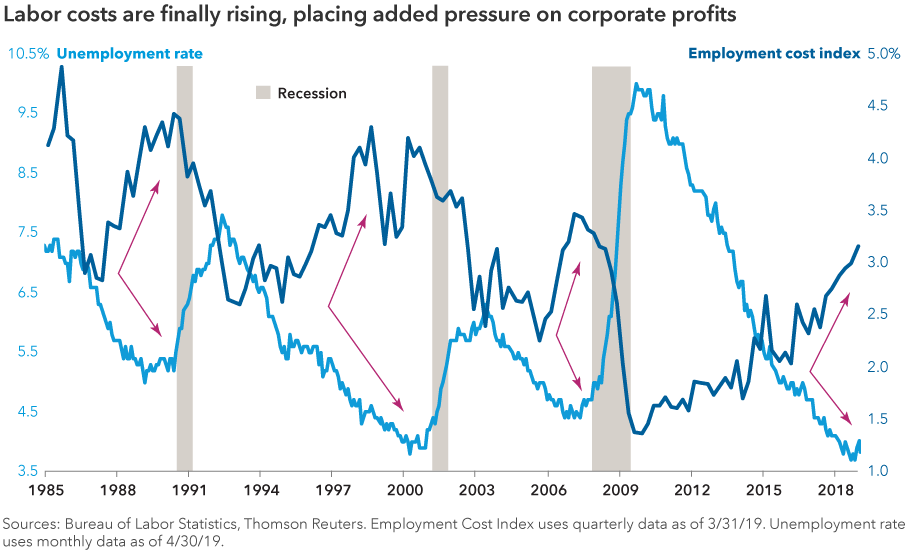 Given rising volatility and ongoing trade disputes, it’s not too early for investors to position portfolios for a tougher environment.

On the whole, there is reason to be optimistic about equities, but we don’t think this is a time to be swinging for the fences. Balance is key.

Investors may want to consider focusing on quality growth companies and companies in more defensive areas of the market that pay meaningful dividends. Dividend growers may offer better value to investors in a market obsessed with growth. 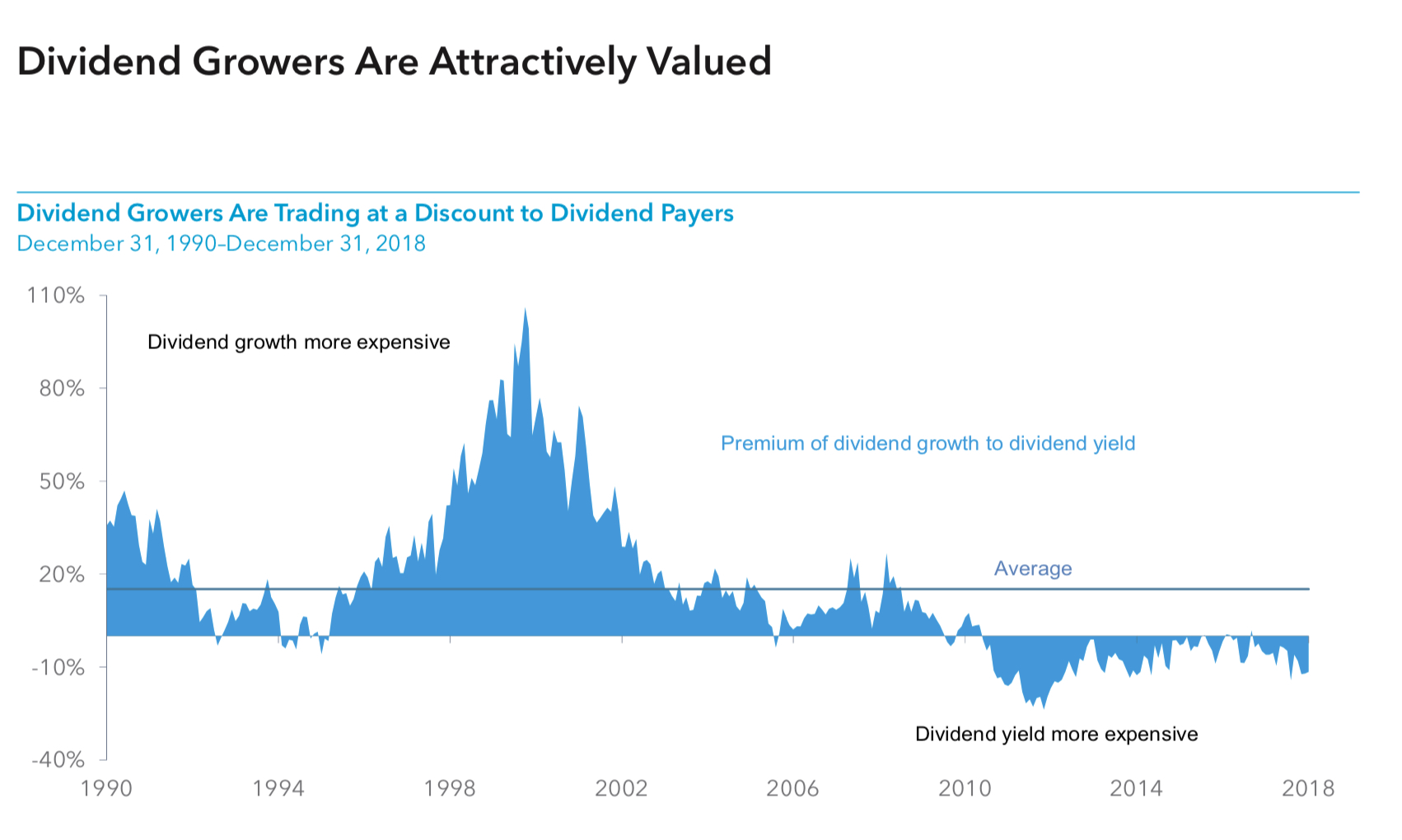 Not only have dividend growth companies outperformed non-dividend payers over the long-term, they tend to provide down-side protection in poor markets.

Diversification hasn’t helped much in recent years, as dividend-paying stocks have generally lagged in a U.S. market dominated by a small group of tech and consumer companies. But when market volatility surfaced last year, some dividend payers held up reasonably well, serving as a reminder of the importance of diversification. 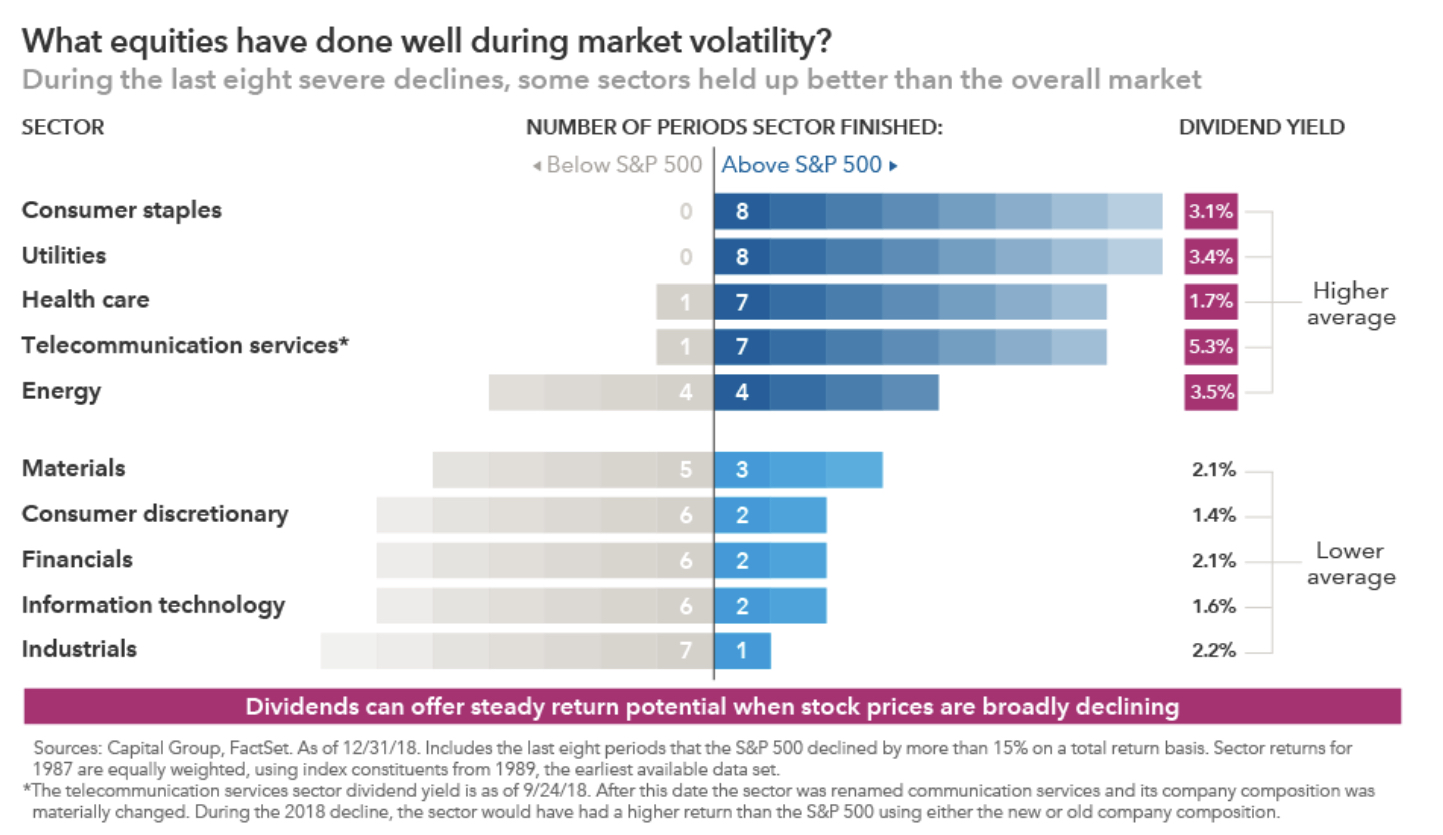 Beware of companies spending more than they earn.

This late in the cycle, excesses inevitably build and risk rises. Where are the excesses today, and what are the risks? You might find them on the bloated balance sheets of companies that have been on a debt binge. At the close of 2018, non-financial corporate sector borrowing stood at 46.7% of GDP, a record high.

Much of this cheap debt has been used to fund dividends, share buybacks, and mergers and acquisitions. Since 2013, the first two have generally exceeded free cash flow levels. In many cases, debt issuance has covered the shortfall, artificially inflating earnings per share growth and driving up stock prices. 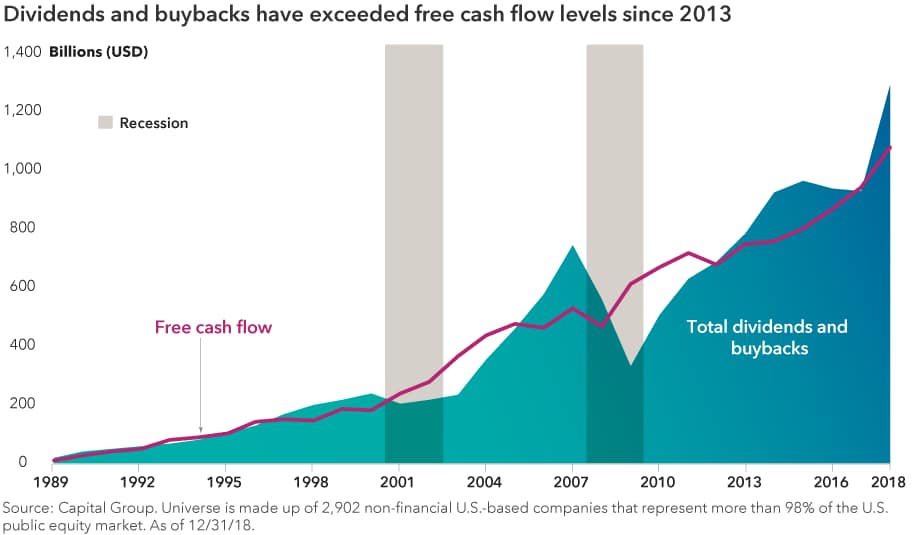 Such financial engineering cannot continue indefinitely. Many companies will need to go on a debt diet — either because of rising rates or tighter credit conditions — and dividends, buybacks and M&A will need to be reduced. This will pressure stock valuations and potentially trigger a wave of debt write-offs.

But without a catalyst such as higher interest rates or slower economic growth, these excesses will continue to build, potentially further boosting equity valuations in the short run, but leading to elevated market volatility down the road. As of May 31, 2019, the price-to-earnings ratio for Standard & Poor’s 500 Composite Index was 16.5, above the 10-year average of 15.

Selectivity is key. Not all dividends are sustainable. The key is in identifying those most likely to sustain their payments in a downturn. Such as avoiding companies with too much debt. Those with significant debt face numerous challenges. For example, they may feel pressure to cut their dividend to maintain an investment-grade credit rating.

This interesting chart from Capital Group contrasts pairs of companies across different industries, you can see that those with a lower credit rating and lower interest coverage ratio might be more likely to cut their dividends when times get tough.

“That’s why it’s so important to look beyond simple dividend yield and do the research on whether companies can sustain them,” according to a portfolio manager at Capital Group. “The longer this expansion goes on, the more attention I pay to company debt.” 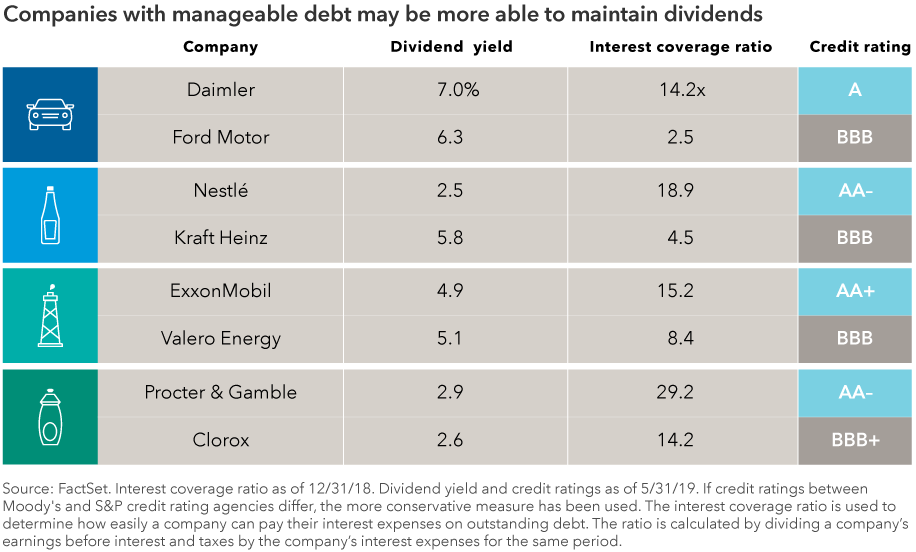 MSCI has not approved, reviewed or produced this report, makes no express or implied warranties or representations and is not liable whatsoever for any data in the report. You may not redistribute the MSCI data or use it as a basis for other indices or investment products. 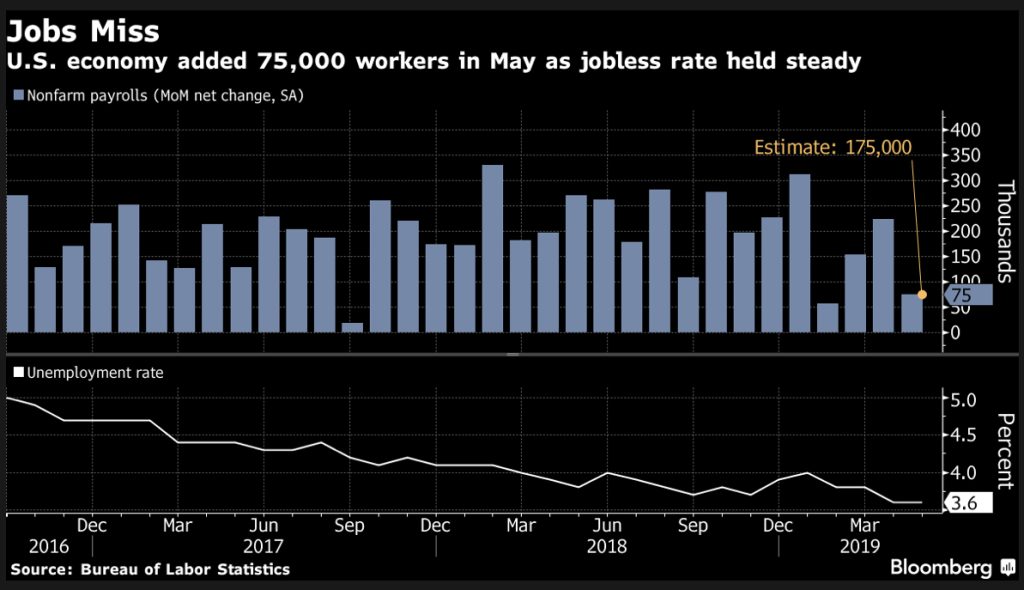